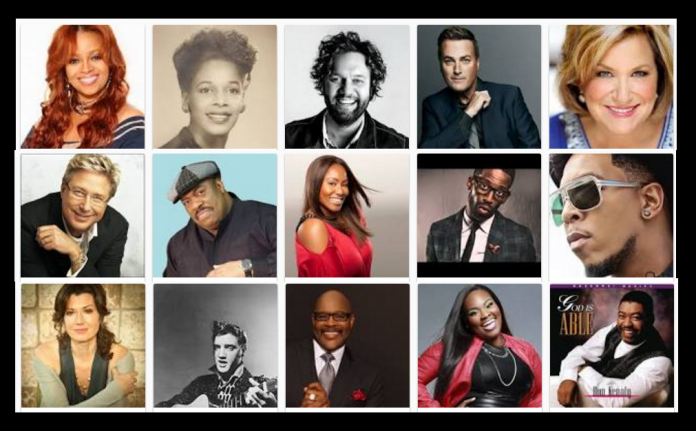 Gospel music is a genre that has maintained its popularity in the United States for centuries, first originating during the 17th century when slavery in the country was at its peak.While there are certain states where this type of music is more commonly heard than others, just about everyone has heard at least one song from this genre at some point in their life. Odds are, it was from one of these most popular gospel music singers ever to take the stage.

Jackson was a native to New Orleans, LA, and is known in music history as “the world’s greatest gospel singer.” She was a very involved civil rights activist and became one of the first artists in her genre to become an international sensation and sell millions of copies of her songs.

Kirk Franklin is one of the best-selling gospel singers in the entire world. He is the winner of several Grammy awards and also works as a songwriter and producer. In 1993 one of his top hits, “Why We Sing,” boosted his music in big ways and helped him to become a household name.

The Winans siblings are credited with being the first duo musician group in Gospel music to have a number one hit on the Billboard sales chart in 1988.

Brothers Marvin, Ronald, Carvin, and Michael were from Detroit and brought life to the genre with their trendy “urban contemporary gospel” from 1981-1985. The group managed to push their way to the top as mainstream gospel musicians.

Crouch is an eight-time Grammy Award-winning recipient for his singing, songwriting, arranging, and producing. He is one of the first artists to combine Gospel and Christian music into one genre, something that was rare to blend previously. Crouch produced music for popular films such as The Color Purple and The Lion King.

The Caravans were founded in Chicago in 1952 and were pioneers for female music groups of their time. From the late 1950s to the mid-1960s, they were the most popular female Gospel group in the United States. Some of the group’s biggest hits are often used in church masses today.

Jacky, Dorinda, Karen, Elbernita, and Denise are the five sisters that make up this gospel group best known for their 1983 hit, “You Brought My Sunshine.” The Clark Sisters have influenced a few modern-day singers such as Fantasia Barrino and Faith Evans too.

The Hawkins brothers are four-time Grammy award winners that have helped shape the sound of West Coast Gospel music. Edwin Hawkins has been given credit for founding Urban Contemporary Gospel, which has inspired many other artists today.

Even though the group Mary Mary, which includes singers Erica and Trecina Atkins Campbell, have only been around for a little over 12 years, they are still considered to be some of the best in their genre’s history. They’ve released seven albums that have sold millions of copies, earning multiple gold and platinum hits.

Adams is a former teacher that turned into a multi-million selling Urban Contemporary Gospel artist. In 2009 she was named the number one Gospel Artist of the decade.