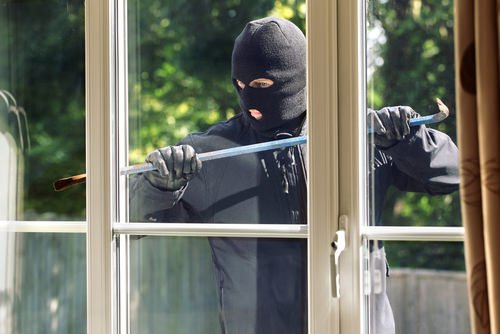 The Christmas Day bombing in Nashville that severely damaged more than 40 buildings on historic Second Avenue and injured at least eight people was yet another reminder of the critical importance of protecting building windows in high traffic urban areas.

In this case, the city was fortunate in that the bomber did not intend to harm many people by setting off the device early in the morning on a holiday. Had the timing been different – evening on weekend night – the results could have been devasting.

As an example, we need to look no further than the two explosions that rocked Beirut, Lebanon on Aug. 4, 2020, causing more than 170 deaths and injuring more than 6,000. Property damage has been estimated at $10-$15 billion and more than 300,000 people are homeless.

Some of the deaths and unspecified thousands of the injured were victims of glass shards, as the force of the explosions shattered windows sending glass flying through the air in a large section of the city.

What triggered the main explosion has not yet been determined. But it has been confirmed that 2,750 tons of ammonium nitrate stored at the Beirut port for six years without proper safety measures was detonated. The blast is considered one of the most powerful non-nuclear explosions in history.

Coincidently, the same material – ammonium nitrate – was used in the 1995 terrorist attack on the Alfred P. Murrah Federal Building in Oklahoma City, Okla. That bombing caused 168 deaths and nearly 400 injuries. As in the Beirut blast, flying glass over a multi-block area was a significant culprit in the casualty total.

Following the Oklahoma City bombing, window film manufacturers who had been making solar control window film for years turned their efforts to producing a film that would hold glass windows in place during explosions and other unforeseen catastrophic events.

A few years later, on Sept. 11, 2001, one of the four planes involved in the terrorist attacks, American Airlines Flight 77, crashed into the Pentagon. Loss of life and injuries were substantial in the location of the crash, but further casualties were prevented, according to government officials, in the peripheral areas of the building as the windows that had security window film installed held in place.

Since then, thousands of buildings around the country have had security window film installed to protect employees from unexpected terrorist attacks, unwanted intruders and catastrophic foul weather events. Among them are all the U.S. House of Representative and Library of Congress buildings, the U.S. Capitol, Departments of Energy, Transportation and EPA headquarters, Grand Central Terminal, O’Hare International Airport and Seattle-Tacoma International Airport, the United Nations, Philadelphia and Denver mints and the Willis [former Sears] Tower.

However, even the installation of security window film on a building doesn’t guarantee it will protect the windows – unless it has a proper attachment system. This proved true at the insurrection at the U.S. Capitol on Jan. 6, when rioters breached the building through windows and doors. The windows had security window film installed on them but not the suggested wet glaze attachment system. Thus, the rioters were able to dislodge the windows from the frame and enter the building.

If you are considering having security window film installed on your building windows, you’ll want to hire an experienced installation company. It takes a specific, hard-to-find expertise to properly install security window films for them to be effective as well as using the proper attachment system. The Christmas Day Nashville bombing is just another in a long list of reminders of the importance of protecting your building windows.