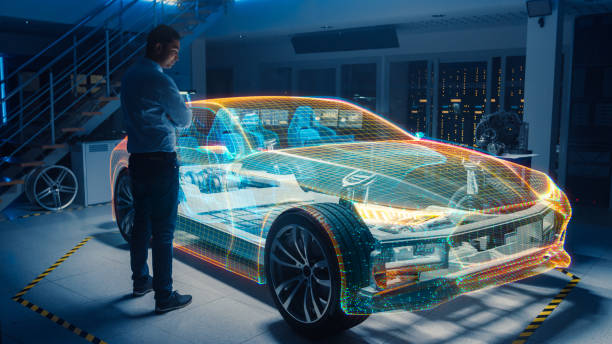 What Exactly is Telematics?

Telematics, as the word suggests, is an amalgamation of telecommunication and informatics. It combines telecom concepts such as phone lines and cables, with computer systems. The concept of telematics, although relatively unknown, is now gathering pace, with automation taking centre stage in major technologies. In simple terms, telematics is used to transmit computerized data over long distances. It can cater to real time networks and suffice sensor-based environment.

Role of Telematics in Electric Vehicles

To understand the role of successorganisation, lets first understand why it is being adopted. Although global warming has had an adverse effect since decades, it wasn’t until the past decade that people were taken aback by its evident causes. Increasing temperatures, melting glaciers, depleting aquatic life are among the serious effects of global warming. Nonetheless, governing bodies across the world are actively taking initiatives to minimize, if not stop, these effects.

About Time We Did Something About All the Pollution!

Now that we have learnt about electric vehicles and their adoption, let us understand how telematics is shaping up the electric vehicle industry. Telematics is a system that is installed within the electric vehicle and is responsible for transmitting responsive and feedback data through a network. The data could be anything from location, predictions, feedback from sensors, behaviour of drivers as well as people inside the vehicle, and engine related information. This data can be used to enhance the overall performance of the user and feedback can be used to better the performance of the driver.

With telematics at the fore of electric vehicles, it seems we have finally resolved the battery conundrums. Features such as smart-charging have enabled enhanced battery performance. Automation in electric vehicle telematics will create a whole new world of vehicle utilities. It helps reduce waste and protects battery from overcharging. Telematics can help overcome the compatibility issues; it will help locate charging stations that are compatible with your vehicle. Although not there still persists several problems, telematics is certainly shaping up a promising future.

Solar Energy Has Opened the Floodgates

Telematics in electric vehicles, although of great use, consumes a lot of battery. In such circumstances, the questions of energy consumption are raised, mostly among investors and users alike. Where, on one hand we are thinking of minimizing energy consumption, the use of telematics brings up some contrasting concerns. Solar energy has helped reduce these concerns on a global scale. The concept of solar energy is now being used to an extent where solar panels are now being directly mounted on vehicles. Telematics does the job up of handling the control systems, that is naturally required by any device operating on renewable energy. Thus, the companies operating in the solar energy industry tend to derive benefits from the adoption of electric vehicle telematics.

Driving Toward a Greener Future

The concept of telematics has delivered exceptional benefits in recent years. The journey towards a green ecosystem, although a long one, certainly isn’t impossible. It is hard to find out the negativities or shortfalls associated with the use of telematics and in hindsight, it seems telematics has done more good than bad. Electric vehicle telematics has helped the world take a big leap towards a sustainable ecosystem and the manner in which things are advancing, it is only going to get better.

Ever Considered Getting Utilized Cars and Truck Parts?